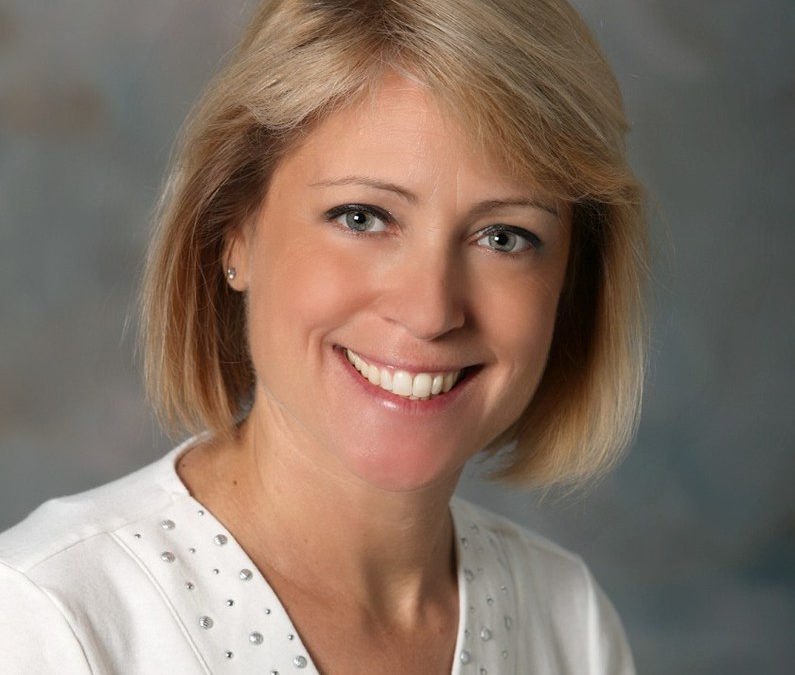 The intelligence of the omnipresent energy that is moving through our infinite universe and permeating our everyday lives never ceases to amaze my consciousness. I was first introduced to Reiki in 1995 when I became certified as a Reiki II practitioner. I practiced this healing modality on friends and family which afforded me the opportunity to hone my skills and gain valuable experience.

As I continued to practice, it became apparent that there are many advantages to this form of energy balancing. Of all the benefits that are attributed to this ancient healing technique, I find the deep relaxation that is felt during and after a session is one of the most profound aspects of the Reiki experience. In addition to the calmness, physical healing may also occur. In 1996 my neighbor Bill (name changed for privacy reasons) expressed an interest in trying Reiki. He was not familiar with Reiki but was simply curious, so we scheduled a session. During the treatment, I felt more energy around his ears in the form of greater heat and tingling sensations but did not think anything of it. I was following my intuition and listening to its guidance.

A year after this Reiki session with Bill, I was having a conversation with my mother when the topic of Reiki arose. As we were chit-chatting about the sensations one may feel during a session, she paused suddenly and said, “Oh, you know Bill no longer needed that ear operation after you did the Reiki on him.” I was surprised to hear this feedback as I was not aware that Bill had any medical issues at the time of the appointment.During our talk, my mother informed me that Bill had an operation scheduled within the week following the Reiki session in order to remove a tumor from one of his ears that was impeding his hearing. Even though Bill and I had discussed the reasons why he wanted a Reiki treatment, he did not reveal his therapeutic background at the time of our appointment.

Within a few days of doing Reiki, the tumor had essentially ‘disappeared’, and Bill no longer needed an operation. The doctor was perplexed at the drastic change for there was no logical explanation for the progression of the events. To date, I have no scientific evidence which proves that the Reiki given to Bill caused the shrinkage of the tumor. However, the coincidental timing of these events suggests that the Reiki might have a played a role in the final outcome. At this point it is imperative to state that Reiki is not a diagnostic tool. The practitioner does not in any way attempt to define the medical or psychological needs of a client. Anyone seeking Reiki treatments who has a medical condition should seek an appropriate medical professional.The most important lesson that I learned from my experience with Bill was the validation that there is a higher intelligence to the universal life energy that flows through a practitioner. The energy knows where it needs to travel, and the practitioners are simply conduits for this higher force to move through us.

Because multiple years have passed since I was first introduced to Reiki in the 1990’s, I have re-earned my certification and am now a Reiki Master in the Usui System of Natural Healing which was founded by Dr. Usui from Japan. My current practice has again re-validated the natural ability of this universal life energy to navigate to where it is needed in the human body.

During February of 2018, in two separate instances, I performed Reiki on clients who were lying on their backs, facing upwards. At the end of the sessions, both of these clients reported that they had felt heat on their lower backs even though I did not place my hands on their backside. It was as if there were heating pads on the lower region of their backs, they said, which felt comforting and reassuring.These experiences have consistently demonstrated that this omnipresent energy has an intelligence that is far more sophisticated than what we can comprehend from our physical level of perception. This is why I always ask for the highest and best outcome for the client, releasing all expectations and allowing the energy to flow unimpeded. There are many factors that go into a Reiki experience which can impact the aftereffects of each session. The state of mind of the practitioner, the openness of the client, and the dynamics of destiny all play key roles in determining the potential outcome. Ultimately, I believe that the divine will of the individual receiving the Reiki has the greatest impact on the results.

Reiki (ray-key) is an ancient Japanese healing art that describes a system of tapping into universal life energy through a laying-on-of-hands. Reiki offers a precise technique for tapping into this energy, or ki, and transmitting it through light touch. The Reiki practitioner acts as a conduit to facilitate the flow of positive energy to the recipient, opening and shifting the energy for optimal health.

Reiki treatments are gently balancing and support the well-being of the recipient in a holistic and individualistic way. Relaxation, pain relief, physical healing, and reduced emotional distress are among the benefits attributed to Reiki. Relaxation in itself offers a host of benefits for the mind and body including a heightened sense of well-being, release of painful muscle tension, and relief from anxiety and depression. In addition, relaxation has been shown to help restore immune function and promote restful sleep.

This safe and gentle hands-on healing practice was established by Dr. Mikao Usui of Japan and was introduced to the western world in 1980. Since then Reiki has blossomed all over the world. It has become adaptable in a variety of settings, including the hospital environment where it is utilized to help patients recover from pre and post-operative stress anxiety.

In 2010, a Yale University Medical School Study [1] sought to determine whether Reiki treatment would improve a patient’s recovery from acute coronary syndrome (ACS). The study demonstrated that Reiki, a non-drug, low-cost, and no-risk treatment can benefit heart attack patients.[2]

October 13, 2010 (Newswire.com) – In this study published in the Journal of the American College of Cardiology, Reiki treatment significantly reduced the emotional stress associated with a heart attack, thereby reducing the risk of a second attack. It is well documented that emotional stress negatively affects the autonomic nervous system (ANS) function, and therefore heart disease (ANS controls heart rate).

Additionally, the Reiki treatments improved heart rate variability (HRV), a physiologic measure that indicates if the patient’s body is recovering from the stress response. Usually this increase is achieved through drug intervention (beta blockers) which work slowly and are not well tolerated by some patients. The benefit of the Reiki treatments was comparable to using beta blockers.

This important study shows that Reiki treatment can be offered in an acute-care setting (patients received Reiki treatment within three days after suffering a heart attack). The 20-minute treatments offered to patients by Reiki-trained nurses improved the patients’ subjective mood on all indicators. Patients who feel better have better medical outcomes and are better partners to their healthcare providers.

This academic research is a vital milestone for the holistic healthcare industry. It demonstrates that the scientific community is becoming more receptive to the effectiveness of alternative healing methods by allowing complementary modalities to be utilized in conventional healthcare settings. Educating the public and healthcare professionals about the benefits of Reiki is a key component to supporting the wellness journey for patients, families, and staff.

Reiki was discovered by a Dr. Mikayo Usui and is thus referred to as the “Usui System of Natural Healing”. He was born in Japan in 1864 and was raised by Christian missionaries. Dr. Usui studied the bible instead of the traditional Shinto and Buddhism religions. While studying the bible he became obsessed with Jesus’s ability to heal people by only laying his hands on a person.

Dr. Usui went to America to study the Christian scriptures more closely. He explored his questions with many scholars and members of the church. During this time, he was not completely satisfied with the answers he received during his quest for greater understanding. He did, however, cultivate his deepening relationship with God and strengthen his developing intuitive wisdom.

After seven years in America, Dr. Usui returned to Japan to study the Buddhist sutras, the records of Buddha’s life and teachings, in more depth. Dr. Usui studied and meditated on the Buddhist scriptures in Japanese, Chinese, and Sanskrit (one of the oldest and most sublime spiritual languages which Buddha himself spoke and taught over 2,000 years ago). Within the ancient Sanskrit texts, he discovered the symbols that would lead him to the healing techniques that he was searching for during his personal journey for enlightenment.

Dr. Usui spent a number of years practicing and teaching Reiki throughout Japan. He reached people who were trying to create a better life for themselves and were interested in the opportunity to grow and learn. He died in 1930, having made 16-18 Reiki Masters.

In the mid-1920s, Dr. Usui met Dr. Hayashi, a forty-seven-year old naval reserve officer who spent most of his working life in the armed forces but had a long held interest in the spiritual path and healing arts. Dr. Hyashi opened a Reiki clinic in Tokyo and is credited with formalizing the system of hand positions for use in a more clinical practice setting. Reiki was introduced to the West by Mrs. Takata from Hawaii, who received Reiki attunements from Dr. Hayashi. She brought it to the USA in 1980.

Today, in addition to Reiki being practiced at holistic healing centers and inside peoples’ homes, nurses in Massachusetts are allowed to do Reiki and various integrative therapies per the Board of Registration in the Nursing’s Advisory Ruling on Complementary Therapies.

Reiki is now being offered in the following healthcare facilities in Boston, Massachusetts:

Reiki is not only being utilized in Boston hospitals, it is also being used by a rapidly growing number of hospitals all over the world. Reiki complements medical treatment due to its ability to promote relaxation, alleviate pain, and reduce anxiety for both the patients and their family members. Reiki is appropriate for patients in any state of health and is easily implemented in all hospital environments, from outpatient clinic to intensive care. Reiki is gentle enough to be offered to pregnant women, children, and patients with a wide range of ailments, including those with cancer or recovering from surgery.

Reiki can benefit people of any age, background, or state of health. It has become adaptable in a variety of settings, including the clinical environment where it is utilized to help patients recover from stress anxiety. Reiki’s current use in hospitals and healthcare facilities throughout the world complements allopathic health treatment and practices.

The ability to heal physical, emotional, and mental imbalances with energy channeled through the hands has been viewed as a rare and mystical gift requiring great spiritual achievement. However, this simply is not true. Healing energy can be channeled by anyone who has the right intention and wishes to be conduit for universal life energy. It is interesting to note that Dr. Usui intended his system to assist people to become enlightened. Physical healing was a side effect rather than the end goal. Whether you are seeking enhanced physical wellness or more balance in your life, Reiki offers comfort, nurture and support for the good health of your mind, body, and emotions.

If you would like to schedule a Reiki Session with Susan, please call 508-282-7877 or email susan@inspireyourjourney.com