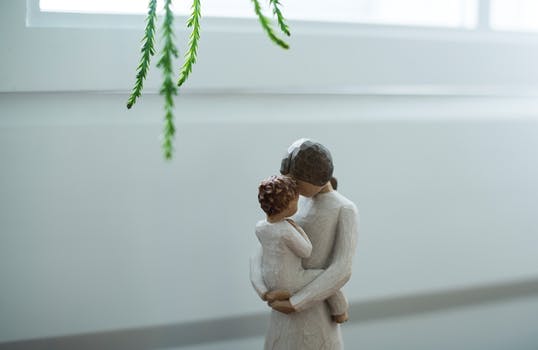 November 2, 2018 marks the 17th year anniversary of the morning I lost my twin boys, Enzo & Maxx, as a result of their pre-mature birth. For reasons, still unknown today, I went into labor 20 weeks into my pregnancy. That was a very dark day.  With my husband by my side, we tragically suffered 18 hours of labor knowing our boy’s lungs were not well formed enough to breathe on their own. We had already had 3 previous miscarriages 14-16 weeks into our pregnancies but this time we had flown thru the first trimester with flying colors and all signs pointed to parenthood. We sat in stillness that morning reflecting on the fact that the nursery at home was waiting in anticipation… with its’ John Lennon IMAGINE inspired theme designed with hope for our future together. Sadly, our boys would not be returning home from the hospital with us that day and our hearts were broken.

Miscarriage is defined as an unsuccessful outcome of something planned; failure, nonfulfillment, mismanagement.

Let’s be real.  Miscarriage is a word that makes people shudder.  It implies that something was “mis-managed” and leaves any woman who suffered this devastating loss, feeling shame and self-loathing. Questions and uncertainty ring in her mind about what she could or should have done differently.

In the days that followed, I was left empty, void, and forever wounded. I couldn’t understand what I had done wrong. I did what most do when faced with tragedy. I grieved. I suffered a deluge of ridiculous responses like “things happen for a reason” and “it’s God’s will” and “you can try again” all the while stifling my impulse to scream at the top of my lungs with a battle cry.  I wept when I held other people’s babies and avoided any interactions with mothers-to-be. I dug deep.  I carried on.  It was not easy.

The following June, my husband and I traveled to Moscow, Russia to adopt our beautiful miracle of a daughter, who is truly the light of our lives. In the months and years to come, I dove back into my work, focused on being the best, most attentive helicopter Mom I could be, and directed my energy to the support and healing of others so I could eventually heal myself. Becoming a family through adoption was the best choice I ever made and I don’t regret one minute of that decision. My daughter is now 17 and maturing into one rock solid human.  I am proud of her every day. But the fact remains that one child does not replace another.

I have known many beautiful warrior women over the years who lost a child before it was born and suffered in silence. I want to raise awareness that the emptiness never leaves your heart. Women don’t only lose a baby when they deliver prematurely or “miscarry” – – they often lose their self-esteem and struggle to return to intimacy with their partner/spouse. Women who suffer miscarriage or loss during birth feel isolated, alone, and afraid to talk about their experience because it carries with it so much shame.

I choose to share my story, all these years later, because women are rising up, now more than ever before, and speaking their truth. We the female need to bond together to heal the planet one woman at a time. Let’s change the conversation and more importantly the stigma that surrounds “miscarriage” and honor all the mothers who have lost their children before they had the opportunity to watch them grow.

I am deeply blessed in that I was able to take our losses and turn them into love by becoming a mother to my daughter and later creating a sacred space for women to gather and lift one another up in healing. Rise up sisters and love on another. For it is your light that will turn the tide and create a more peaceful world in honor of Mother Earth.

Jennifer Gulbrand is a self-proclaimed Warrior Goddess and creator of SheBreathes Balance & Wellness Studio in Walpole, Mass., where all women are invited to breathe in balance, be inspired, and feel supported.